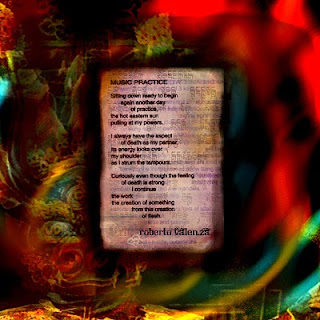 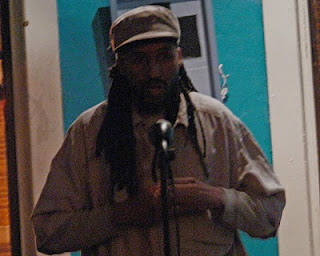 Awakened by reality painful force,
last night I dreamt playgrounds empty of frolic
Neighboring graves yards scented with garlic
Lying between them were streams and streams
Of dying dreams flowing back to the source
Upon mornings visit,
Each dream became a mourning reality
Therefore, I dream no more.
Posted by Word of Mouth No comments: 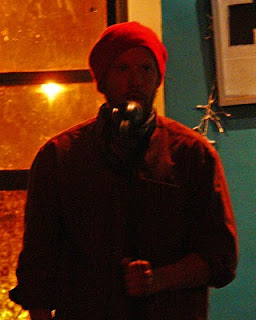 Email ThisBlogThis!Share to TwitterShare to FacebookShare to Pinterest
Labels: andrew mandelbaum
A shadow lingering in the Akhmatova light

Gumyliov had a daughter
Lena
Abandonded in an orphanage, she starved to death near Petersburg 1921
baptism of blood and salt
such color and taste for
a brief and bitter monologue
do some wombs just spill
is birth the cresting of a world spawning sun
the tonguing downward
root of a new word
never before spoken in an unending language
particular humanity pouring out and flooding the universal
or can one sentence balance some lives off the ground
like a bitter child dragging a half forgotten doll
history is the psychosis of cold dark years diluting
the immeasurable burning into a dim star
beyond wish
outside constellation
Oh my daughter
root and sun
Is there some where we will be remembered
A sky so deep and wide that every light can stretch its fullness without loss of brilliance or distinction
Where every word can blow its story across the waters
and so begin a world
Posted by Word of Mouth No comments: 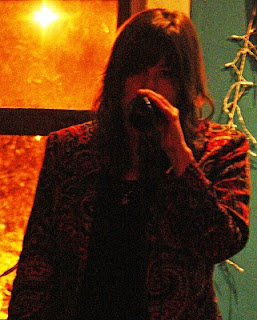 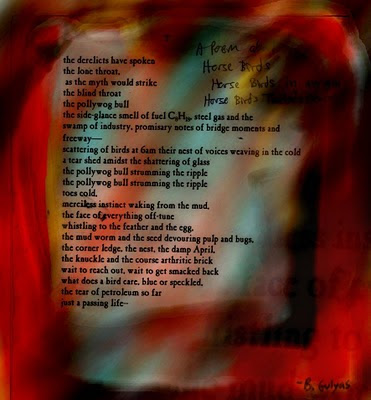 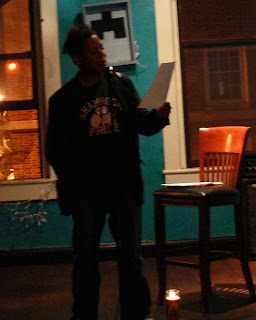 Email ThisBlogThis!Share to TwitterShare to FacebookShare to Pinterest
Labels: Buddah in the house

Live life to the fullest,
because life is love.
Just remember, love doesn't love you, people do.
And since people aren't perfect, they just make perfect messes.
What do you expect of love?
Sometimes, we can love someone too much, and others not enough.
I'll tell you, living in this lifetime with love is hard enough.
But, living without it, I can imagine is twice as rough.
Hold fast, let me stifle the hype, before I start hyping my life, as if it were pristine and perfect.
It is not.
I've come to the conclusion, that it's trifle to gripe.
I'm much better off alive, holding a rifle in my left hand and a knife in my right.
I protect my own, so for one or the other, I won't hesitate to fight.
Antagonized by the light of day, I walk a crooked crooked line.
Still guided by loves many lies and praline wishes.
So, please listen with intent and hold tight.
You can't have the day without the night.
I say, life is loveless, but that won't suffice.
For every breath we take is another roll of the dice.
Ha ha, so nice to gamble amoungst loved ones.
I love the company.
More love. More life.
So, next time you fall off of that brick wall called reality,
just remember, no one can eat your egg salad without your recipe.
Anyways, it makes some people gassy and sick, just like love.
Posted by Word of Mouth 1 comment: 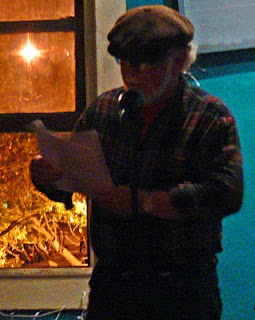 Email ThisBlogThis!Share to TwitterShare to FacebookShare to Pinterest
Labels: grady thrasher/photo by judi wright
Questions about Politicians
A recent poet laureate penned
a poem he called "Questions about Angels."
The first question considered was
"How many can dance on the head of a pin?"
The answer, as you might imagine,
is: it depends,
for just one angel might make a difference,
even if it takes an eternity.
My poem, on the other hand,
asks "Questions about Politicians,"
an inquiry based on a pre-existing notion that
the heads of most politicians
share similar attributes
with the heads of pins,
but without benefit of angels,
dancing or otherwise.
Just what does dance about the heads
of these, our elected representatives?
The question raises more questions.
Is there room in those narrow confines for organized
thought?
If so, can those thoughts organize themselves
into moments of reflective, responsible thinking?
Or do they exist merely to nurture
a pre-existing penchant for prevarication?
Maybe the slender apparitions pirouetting
behind the eyes of politicians take the form of emotions.
If so, are they passions for serving the powerless,
or only for those who pay the politician's way?
Do dreams of campaign contributions
and the passions they inspire
dance more provocatively than angels
in the impossibly small craniums of political office holders?
Or, perhaps, questions
which suggest thinking and feeling are being too
generous to these politicians,
and that which occupies the tiny cavities in their heads,
instead of thoughts
or even emotions
are simply the sounds
of strings being pulled.
Posted by Word of Mouth 1 comment: 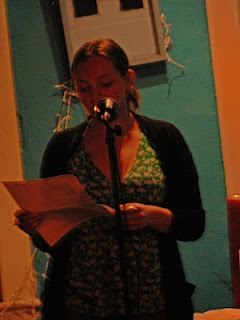 
Dirty
There is a piece of bridge in Newark
which stretches up into the sky.
It was, at one time or another, painted
a stale version of sky color. It is immense.
It is impossible to capture by photograph
because of the highways which converge
below its form. I will describe it:
triangular hunks of metal gather
at pivotal screws which might be broken.
Its rectangular shape is drowned
by the sublimity of its height,
but only when seen from the right side
of a New Jersey Transit train leaving Manhattan.
The hunks are interwoven in such a fashion
that you can see through to the Passaic River,
if you like. Otherwise, you can see
the cars racing towards traffic.
Otherwise, you can see the sky.
We are all romantics at heart.
And that is what the triangular hunks
resemble most: hearts
without that curved slit top center.
Posted by Word of Mouth No comments: