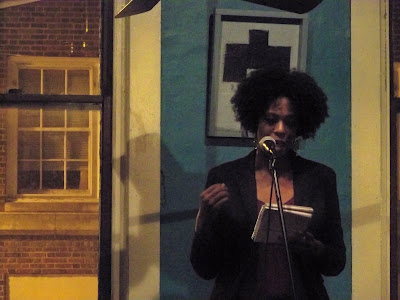 When a house is clean, so it will be
with the heart that resides within it.
Obstruction is the destruction of the soul
And order is the living water that resurrects us
For God is not found in chaos.
I used to believe that the method was in the madness
And with gladness I accepted that creativity was only birthed in
chaos
It was the ethos of my poetic soul and I only united paper with pen
When my emotions within could stay bottled up no longer
And the stronger they were, the wetter my parchment with black tears
Swirling, looping, and crossing furiously across a sea of white
I would write because I had to
My mind had become so cluttered
And, I, a sluggard in true artistry
And the parts of me that longed to break free were buried
Under the mess of wounds and things I had longed for
That belonged more to the past than in the present wasted effort
On those weathered dreams of old blocking the energy
Longing to burst free through these fingertips
And be spoken on these lips.
So, I began to clean house
With fervor I ousted anything that didn’t belong in my sacred space
With unabated haste I powered on until every piece of clutter
Had utterly disappeared, and I felt all I feared slip away
Into the grayness that connects light with darkness
And the starkness of the difference brought something with it
The present of creativity unhindered
Surrendered to the liberty of a clear mind
Giving me time to find my voice
And to have a choice about how it’s heard
So now, every word I carefully craft
Realizing that
The method is not in the madness
So, with gladness I accept that creativity is not only birthed in
chaos
I have a new ethos that allows me to move closer toward authenticity
Toward the simple complexity that exist in me
To etch these words onto sheets
Freely and without abandon.
Posted by Word of Mouth

Feng Shui has been around for nearly 3000 years and enjoys a colorful and rich history. This is a brief account of the origins of Feng Shui, and the path it has taken to acceptance in western English speaking cultures wofs.com feng shui 2019.