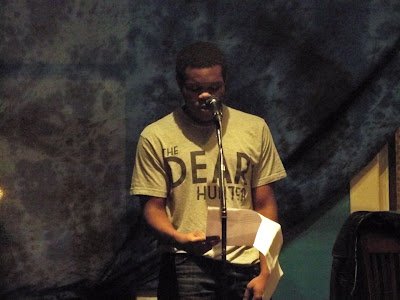 Are you starting to notice a trend?
That these seemingly isolated instances of events
Are nothing more than coincidences
Based on preferences bound up in different colors of skin
And as hard as it is not to sound like I'm complaining
And trying to wring some guilt out of the last vestiges of racism remaining
You can't help but notice a trend

AllAmericanBoy26's profile says I'm blocking more Asians than the Great Wall.
TanDream18 says if another one of those black gays comes up to me on the dance floor
I might just have to lock myself up in a bathroom stall
And puke because there is nothing more unattractive than a black gay dude.
JockBro26 says don't even get me started on those Hispanics.
Don't even get me started on how they make me sick.

Are you starting to notice a trend?
A preference.
An affinity whatever you wanna call it.
It's pervasive and no matter how many ways you wanna call it out
It shifts gears and reacclimatizes itself until it's as mundane as the weather and says I'm here to stay.
Just look at the It Gets Better campaign.
What faces do you see?
Because when I look I don't see many faces that look like me.
And you know it gets really scary when the subliminal message is
That it does indeed get better but only for a select few
Not for anyone who looks like you

43% of black gay youths have thought about committing suicide.
And how many have you actually heard about that did in this wide
Net of information that we call the media.
Because I could count for days the number of
Tyler Clementis, Jamie Hubleys, Ryan Halligans, Bobby Griffiths, and Jamey T. Rodemeyers
Who ended it because they felt mired in the unyielding hatred of a small number of small minds
But what about the Raymond S. Chases, Carl Joseph Walker-Hoovers, Jaheem Herreras, and Joseph Jeffersons
Whose stories were confined outside the limits of the mainstream
Who decided that their deaths weren't important enough to be screened.
Were they the same people who decided that my people's only role in their community
Was as a vector for HIV
For AIDS
Have you ever wanted to waive a birthright?
When those oh so subtle stares that
Say you don't belong here
Drive home the screws that reinfornces
The locks
You feel locked in your own body
Bound in your skin like a book
No one has the time to read like you
Were penned by an author on the side who lost the war
Like instead of Mary Magdelene you were just some common whore
That Jesus laid his hands one once or twice
In the testament and if you ever try to testify
They'll silence you and every practiced line
That's the cultural atmosphere
The social enviroment
Plants are at an advantage when it comes to growing because when they are raised
In an incompatible environment they just die
But people are not so lucky
They find any way to grow
Even if its crooked
Even if its with their heart growing inside out on their sleeve
I'm sorry
I can't be another Raymond Chase, Carl Joseph Walker-Hoover, JAheem Herrera, or Joseph Jefferson
I can't be part of that 43
I have to try
Anyway I can
Posted by Word of Mouth No comments: 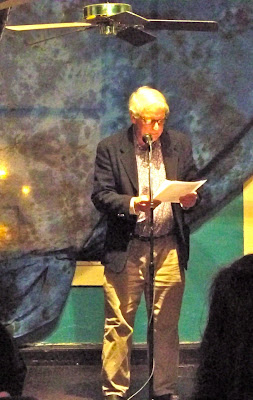 You broad-shouldered beauty—
You’re an avenue with a point-of-view,
And you’ve seen it all:
The movers and the shakers,
Catholics and Quakers,
Matchmakers and heartbreakers,
All have lived here,
Now they’re gone with the wind;
Yet, they always manage to reappear again.

Boulevard!
You broad-shouldered beauty—
You’re an avenue with a point-of-view,
And there’s nothing you can do
But suffer silently until winter’s foul ways
Slowly surrender to spring’s welcome breeze
As it sweeps through your tunnel of trees
Carrying the sweet aromas of honeysuckle and jasmine
Past dogwood blossoms suspended like
Swollen snowflakes patiently waiting to fall,
Past clusters of lavender wisteria
Clinging bravely to ancient garden walls.

Boulevard!
You broad-shouldered beauty—
You’re an avenue with a point-of-view,
And you’ve heard it all:
The salesmen with all their gimmicks,
The heretics with all their polemics,
And a host of politicians and holy men and academics,
All have been here,
Now they’re gone with the wind;
Yet, they always manage to reappear again. 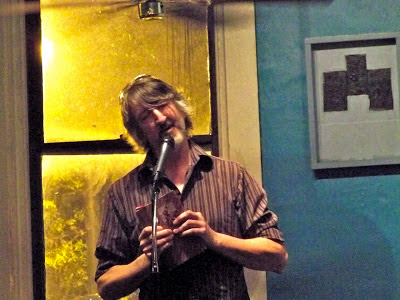 When I Am Old / Grady Thrasher 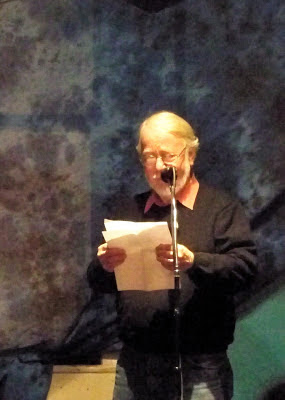 When I am old, I will not be told
what to do,
nor will I do as I am told.
I will find pleasure in contumacy,
thereby enhancing my golden years
with a stubborn disregard
for authority.
It will give me motivation to live
far beyond my life expectancy
and make the encumbrance of old age
worth the trouble.
Oh, I shall be no threat
to the security of the state
or of civilization for that matter,
but I can count on me
not to be polite, prudent or politic
in response to
the boorish, the bumptious,
pretentious or prejudiced.
Nor will I suffer gladly any politician
or any pious person
of any stripe,
knowing that the former is
above all, a politician,
and the latter is afflicted with
the conceit of claiming knowledge
of the unknowable.
Instead, I shall seek to embrace
comrades in contumacy,
the brazenly optimistic,
the irrationally idealistic
and the hopelessly cheerful.
Considering my present age,
perhaps I should begin now,
so I won’t have to be told
when I am old.
Posted by Word of Mouth 2 comments: