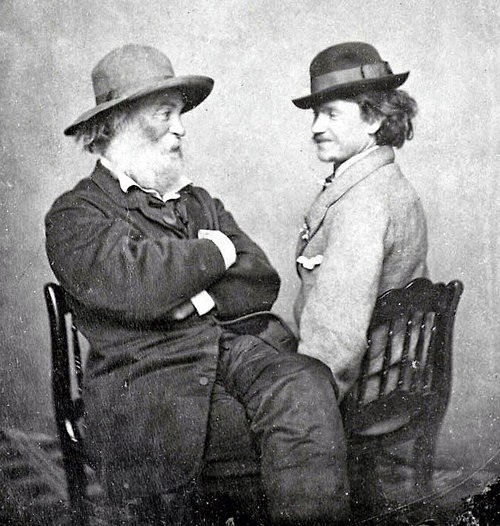 Today would have been Walt Whitman's 195th birthday. From the recent biography of Doyle by Martin G. Murray:

"Peter George Doyle's importance in the emotional life of Walt Whitman is well established. The romantic friendship that sprang up in 1865 between the streetcar conductor and the poet spanned the years of Whitman's residence in Washington, D.C, and continued nearly up through Whitman's death in Camden, in 1892. Yet despite the prominent role that Doyle played in Whitman's life, our knowledge of his personal history is incomplete. The following biography fills in some of the missing pieces about this enigmatic figure ....

Although Whitman and Doyle's friendship dates to early 1865, the first extant correspondence between them is in the fall of 1868. At the time, Whitman was in New York visiting family and friends. The very first surviving letter of what was to prove a long correspondence was from Pete, written on September 18.68  He exclaimed, 'I could not resist the inclination to write to you this morning it seems more than a week since i saw you.' On September 25, Walt declared, 'I think of you very often, dearest comrade, & with more calmness than when I was there—I find it first rate to think of you, Pete, & to know that you are there, all right, & that I shall return, & we will be together again. I don't know what I should do if I hadn't you to think of & look forward to.' In the six weeks that they were apart, Doyle wrote at least seven times, and Walt wrote eleven times. ... 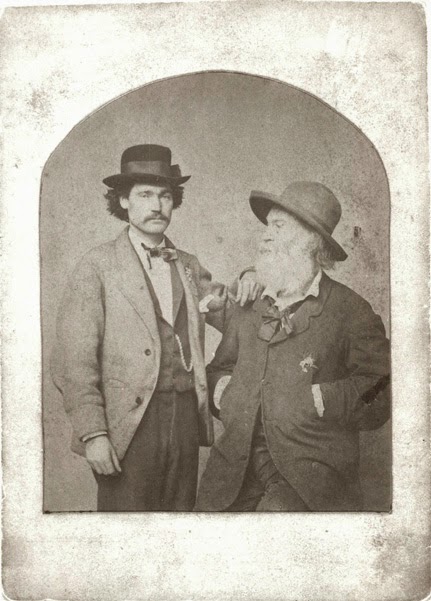 Modern-day readers of the Calamus book of Whitman's letters to Doyle and Pete's account of their times together find the book remarkable for its frank acknowledgement of the romantic nature of the attraction between Whitman and Doyle. At the same time, such readers are often cautioned about projecting modern sensibilities onto nineteenth-century correspondence. It is interesting, then, to find that reviews of the Calamus book, written shortly after its initial publication, endorse the late twentieth-century view that this is indeed a book of love letters. For example, the following review appeared in The Critic, on January 1, 1898:

The publishing of the letters addressed by Whitman to Peter Doyle is justified by the fact that they throw all the light that is needed upon the poet's friendships with younger men, and upon that section of "Leaves of Grass" called "Calamus" in which he celebrates "the manly love of comrades." The sentiment in question, depending on a semi-physical attraction, is common among boys, young men of the working class, who can be considered as grown-up boys, and, as we are told by travellers, among savages. These letters show Whitman to have been one of the few in whom this feeling lives on into mature years; he seems to have been always attracted by, and attractive to, young men. The recipient of these letters was a young Confederate soldier, who, being paroled in Washington, became a car-conductor, and in that capacity first encountered Whitman, whose habit of conversing at every opportunity with men of that class is well known.

From Pete the Great by Martin G. Murray. More at the Whitman Archive here.