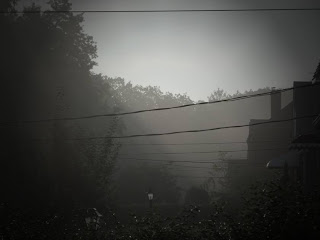 
When will Autumn return with its dead leaves
Covering the pond by the old mill's ruins?
When will the wind fill the gaping hole of its doorway
And the useless space where the wheel turned?

I want to go and sit once again on that stone
Against the wall covered with its tarnished ivy
And watch for hours in the cold still water
My reflection and the pale sun sink.

Jean Moréas was born into a distinguished Greek family.
He  received a French education, and went to study law at
the University of Paris in 1875. He began associating

with literary circles and became acquainted with
Hydropathes, a group of French writers which included