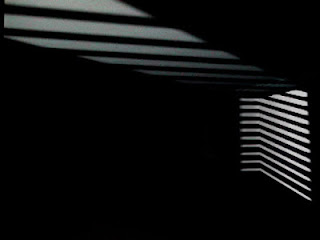 
on a Los Angeles highway two years ago,


same age as me. She's going next week


to his grave in St. Louis, says she'll move soon


to be near him. "Nobody understands that,"


she tells me before bed, handing me wires


to drop down my sweatpants, that odd


intimacy of clinics. I think of a poem


I could only bear to skim, a woman


eulogizing her son, a death star too bright


for my eyes. I'm quick to the remote


when some toddler is walking alone


on the edge of a pool, or mortally fevered


in obvious plot point. I turn away, wanting


my own little faces looking back, breathing


still new. But Willa has introduced her lost son


like a shiver she can't hold back. I'm two eyes


and a body, potential warmth. I tell her


We move on and I learn that she was a nurse


in Saudi Arabia for seven years. She offers


some Arabic and we talk of foreign food,


religion, race, her youth in Mississippi


for the sleep study bed. She brings me


another blanket and a fan for white noise.


The sensor keeps falling from my nose,


and I'm woken by this woman


tending to me with tape. She watches me


from the control room, long hours of a body


fighting with oxygen, this bulb of me flickering


her hours of silence. I fill out the morning survey


with no mention of mother and son,


but that's all I can think about.
Zach Mitcham is tonight's featured reader at Athens Word of Mouth. Open mic sign-up is at 7 pm and readings begin at 8 pm, upstairs at The Globe, corner of Clayton and Lumpkin Streets in downtown Athens.
Posted by Word of Mouth