The Spoils of Memory / "You Want It Gone?" -Stephen Wack 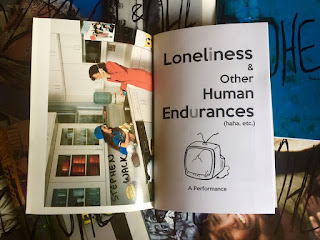 The Spoils of Memory / "You Want It Gone?" -Stephen Wack


Memory pushed to the far back of head


takes the shape of its container


looks foggy and lost and way past its date


in me, a lacking appetite but still the need


to eat something, anything at all


if only to fill the internal void


Memory is best undredged to the surface


left to settle and rot in its suspended state


the spoils of imagination, a long-gone expiration


a waste marked by some arbitrary stamp in time


that which is not even mine but still remains


as a background glimpse, as a sickening funk


to pollute the communal fridge with its influence


(—here) is the cloudy gallon of curdled milk left


to fester into gel, disowned but not disposed


Memory swirls in its glaze like a mystic’s ball


as I watch this film begin to churn, materialize


I hear the sharing of this memory from Zach


its firsthand holder, and my dear older friend


late one November night as he tells of witnessing


a snake enter his kitchen, how he’d froze with fear


as it slithered across the tile floor towards his father—


Memory of a father standing there at the ready,


a shovel in-hand, hovering behind the snake’s head


as he asks, “You want it gone?” and the scene responds


with a quiet nodding, “Yes,” followed by a pause—


hardly registered at all—just before the subsequent clunk


of shovel thrust down is heard, the rapid detachment


of head from continuous neck is observed through eyes


that want to be closed but are, for whatever reason, not.


2.
And so here, now, and there, then, some night back in November outside of a bar, listening to Zach’s initial rehashing—what I am left with currently is, in actuality, a recasting of this story with my own detached father as the lead, resurrected from memory with those same dark eyes and thick mustache and big lips and light-blue jeans and all—he exists once again, in some suspended state of preservation, wrapped up and frozen in memory’s cellophane, crystalized in my mind at some vague indistinct age representative of the last few years of his subsistence in family photo albums—on the back porch in cut-off shorts grilling burgers, him sitting with me propped up on his lap at his desk smiling kindly and looking much healthier than the last picture I would ever see of him while he was still alive—a mugshot of him and his partner my sister had found online back in 2009, almost a decade since the divorce and six years since our last visit and three or so years since the last phone call and five years prior to the cancer eating him from the inside-out—and yet I see him again here, now, standing before me in my childhood kitchen he never once cooked breakfast in, in a suburban house he never once stepped foot in, 782 miles removed from him and his New Jersey home, our previous home, at an address he wasn’t permitted to know for the first few months out of fear he would break the court order and show up unannounced, would break in and bug the place with tape recorders and cameras just like he had at our townhouse in East Windsor—timeless in jeans, shovel in-hand, here my father exists again in the curdled dream theatre of my head, my fridge, in milk, in memory, seeking to protect me against harm in the exact opposite way he did everything else, in a concerned voice I don’t entirely remember as his own, he asks, “You want it gone?”. . .
3.
But apparently I got it all wrong.
Later on that week, once I finally mention this all to Zach—about how each consecutive night I’ve been dreaming, reliving so vividly this snippet of his own childhood memory, of his own father in the kitchen with the shovel and the snake, that I’ve found myself starting to accept it as the truth, believing it to be my own—
(I also try and describe this rather loose metaphor I’ve been working on between this out-of-viable-date memory and my roommate’s gallon of spoiled milk I’d discovered earlier that week in the back of our fridge but still felt reluctant to throw away, and Zach says, “Feel less reluctant about trashing the metaphor, it sounds a bit contrived. . .”)
—and he tells me, “Sorry, bud. But you kinda got it all wrong.”
Zach proceeds to explain that this story he shared with me that November night outside of that bar wasn’t even from his childhood, but had only happened some odd years ago, “. . .despite my childlike dread of a little snake.”
He tells me also that it wasn’t his own father who killed the snake with the shovel, but actually his father-in-law, Ed.
And also: That whole scene didn’t even go down in his kitchen, but rather outside on his farm.
“I think the shovel,” he says, “is sort of a dead giveaway. You know?”
I just shrug, feeling like an idiot, and apologize to him.
Because apparently I’m a bad listener.
Because apparently I was too drunk to listen in the first place.
Because apparently I don’t know what’s real anymore, and don’t even really care.
Because apparently the most comforting memory I now hold of my father—of any father figure—isn’t even mine, and doesn’t actually exist at all.
4.
And yet still, I don’t want it gone.