Oh, what'll you do now, my blue-eyed son?
Oh, what'll you do now, my darling young one?
I'm a-goin' back out 'fore the rain starts a-fallin'
I'll walk to the depths of the deepest black forest
Where the people are many and their hands are all empty
Where the pellets of poison are flooding their waters
Where the home in the valley meets the damp dirty prison
Where the executioner's face is always well-hidden
Where hunger is ugly, where souls are forgotten
Where black is the color, where none is the number
And I'll tell it and think it and speak it and breathe it
And reflect it from the mountain so all souls can see it
Then I'll stand on the ocean until I start sinkin'
But I'll know my song well before I start singin'
And it's a hard, it's a hard, it's a hard, it's a hard
It's a hard rain's a-gonna fall

"HUMBLE MYSELF TO BE ONE WITH THE SOULS" - Sam Sutlive 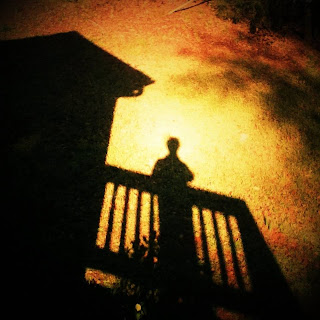 "HUMBLE MYSELF TO BE ONE WITH THE SOULS" - Sam Sutlive 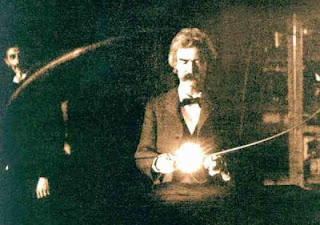 
After he was described in the Atlantic Monthly as "Mark Twain, originally of Missouri, but then of Hartford, and now ultimately of the solar system, not to say the universe ... " he took pleasure in thinking of his name floating somewhere among distant planets.
Michael Shelden, Mark Twain: Man in White (2010)
Your correspondent here reports
that Sam Clemens has laid aside his pen.
Having once arrived on Mr. Halley's comet,
the author has it by the tail again.
His surprise at this astounding feat
can not be overstated in the least;
he was quite prepared to make the journey --
but not so much deceased.
Mr. Clemens tells us he is
luckily unafraid of heights,
and daily enjoys St. Peter's good cigars;
until some wires can be arranged,
he sends regrets that telegrams
will be less frequent from these stars.
The author is off
in search of a dark saloon.
Until then, I remain
your reporter and most far-flung correspondent,
Twain.

Clemens was a writer as concerned with crafting his legacy as any novel he ever wrote, and his instructions to publish the full Autobiography one hundred years after his death indicates he certainly meant to have the very last laugh on the Gilded Age. Here is a poem featured last spring on WSKG-FM's Off the Page program website that imagines the author traveling the vast reaches of the Universe -- and sending back a telegram about conditions there.

"Three Cold Beers and One for Me" - Patrick McPhee 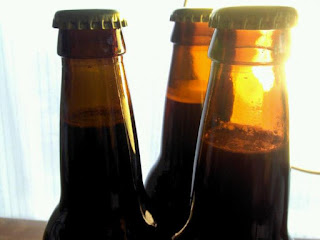 The kitchen windows provide clear view of a local


Disturbances in the calm water are easily seen as ripples


the same concentric circles after a rain drop splash


speeds away in crests and troughs of reflection


away from the anomaly.  This afternoon


ripples made by men are much larger


these anglers who work their way from downstream


on each fisherman, their rhythm with rod and reel


the silver glint of nylon fishing line’s hiss and splash


when the lure settles in a shade-pool under low branches


in full summer leaf, all up and down the river bank.

Never saw anyone like these three though—wading and casting


unique for this stretch of river. What the hell!


These guys deserve a reward, three cold beers and one for me!

I grabbed four beers from the fridge, put them in a small ice chest


just upstream of the fisherman, each following one cast with another


as they made their way toward me.


“Our dad taught us to fish like this. I’m Ned, by the way. That’s my oldest son Kip. The serious guy over there’s my brother Charley.” Charley looked up.


“It’s a long time since we been up here. We don’t do much fishin’ anymore.


“Well, I’ve never seen anybody fish the river like you guys, so I brought ya’ll a reward.”


I reached into the cooler, pulled out a dripping


cold brown bottle and held it up by the neck.


“How about a ice cold beer with a twist-off cap?”


“Heck yes!” Charley grinned and waded toward me.


had a bottle in their hand and tossed back their first long swig of ice cold  beer.


“Seein’ you in the river surprised me. It’s shallower than I thought.”


Ned looked upstream, “The dark river bed makes it look deeper than it is.”


Kip lowered his bottle, “Sure dad, but we had to swim for it downstream.” Kip looked at me.  “We like the sport of fishin’!  We catch ‘em and we let ‘em go.”


Charley finished his beer. “That’s about it for me.”


“Here, I’ll take the empties.” Charley handed over his bottle.


then Kip and uncle Charley wadded upstream as they cast their lures.


Ned handed me his empty bottle, “Why’d ya bring us the beers?”


“We appreciate it.” He nodded and went on his way.

I watched the fishermen work through the upper shoals.


White water glistens in the hot afternoon sun and I observe


the last silver glint of fishing line move out of sight


behind an upstream river bend and into the past.

“Why’d ya bring us the beers?” Indeed


I am become old and know that today, will one day


be back in the day, when blue sky seemed


bluer, white in the tumultuous froth of August clouds


when a stranger would give out ice cold beers


and all would quench a deep thirst


enjoy the company of sportsmen


small talk and banter and place:


a  river scene in a young man’s memory


an old fisherman’s “Tall-Tale”, yet to be told.
Posted by Word of Mouth No comments: 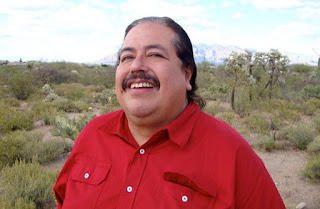 
First of all, Cinco de Mayo
is not the official
Mexican Independence Day,
nor does it commemorate the first
fiesta no matter how convincing
TV commercials might sound —
it’s as unofficial as school
children telling jokes in Spanish
in English-only public schools

Cinco de Mayo is a battle fought
in the city of Puebla in 1862:
an outnumbered, outgunned,
ill-trained and very poor
Mexican army under the command
of Ignacio Zaragoza, a general
born in San Antonio, Texas,
defeated the superbly equipped
professional French army sent
by Napoleon III —  Cinco de Mayo
became a rally of hope for a nation

Cinco de Mayo is a cry
that starts in the heart,
a drum that keeps calling:
Juan, María, José acuérdense —
it’s Cinco de Mayo
and like any other day:
el Chuy sigue preso
y el Joe is unemployed
y Rosa is a teenager
three months pregnant,
all confused, lost at school,
and without legal papers

Cinco de Mayo was used
once as a legal deadline
intended to close the doors
to thousands who have come
to this country searching
for a dream, a better deal,
a chance to live: who then
will be the ones to harvest
the vegetables for your salads?
who will make your hotel bed?
who will do the dishes and scrub
the floors in the restaurants?

Cinco de Mayo is now a rally
for protecting our civil rights
against “reasonable suspicion”
of the mean-spirited, xenephobic
and racist law SB 1070 in Arizona

Cinco of Mayo is a brown David
facing a menacing state Goliath
singing under the Arizona clouds:
“sí, se puede”, “yes, we can do it…”

A prolific writer for adults and children, Francisco X. Alarcón (1954-2016) was born in California and grew up in Guadalajara, Mexico. Alarcón returned to the United States to attend California State University at Long Beach, and he earned his MA from Stanford University. His collections of poetry for adults include Body in Flames/Cuerpo en llamas (1990); De amor oscuro/Of Dark Love (1991); Snake Poems: An Aztec Invocation (1992), winner of the American Book Award from the Before Columbus Foundation; From the Other Side of Night/Del otro lado de la noche: New and Selected Poems (2002); Ce Uno One: Poemas para el Nuevo Sol/Poems for the New Sun (2010); Borderless Butterflies: Earth Haikus and Other Poems/Mariposas sin fronteras: Haikus terrenales y otros poemas (2014); and Canto hondo/Deep Song (2015).
Posted by Word of Mouth No comments: 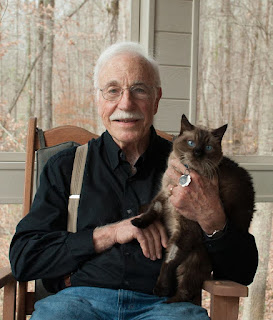 
Could it be him playing with gusto


in a circle of Irish musicians


doing their gig by the corner window?

I watch fascinated until he


tucks the fiddle under an arm,


rises and walks toward me.

“Jesus Christ! Can that be you?”


He hesitates. “Yes, we met near the Vatican

He joins me for brown ale to say


how close Holy Week is


this year to St. Patrick’s Day.

“Ah, Friend, with all the child abuse,


a dark time for Ireland’s church—


plus Mid-East violence on the loose.”


yet what about Easter,


any hope in the Resurrection?


when folk were ignorant of evolution


and turned imagination into history.”

“Yet, Master Jesus, so much sin and separation,


how do we reconnect with salvation?”


He leans back, sips his beer,

and points toward the street. “See that homeless person


with her worldly possessions in a shopping cart?


Let’s bring her warm nachos and a fiddled chanson.”
Gene Bianchi is tonight's featured reader at Word of Mouth open mic. Sign up is at 7 pm at the bar and reading begins at 8 pm upstairs at the Globe. [Photo of Gene and cat Max by David Noah]
Posted by Word of Mouth No comments: