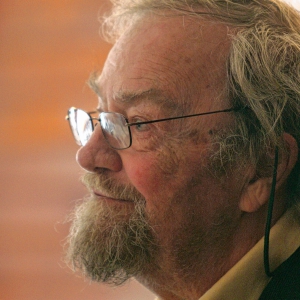 All winter your brute shoulders strained against collars, padding and steerhide over the ash hames, to haul sledges of cordwood for drying through spring and summer, for the Glenwood stove next winter, and for the simmering range.In April you pulled cartloads of manure to spread on the fields, dark manure of Holsteins, and knobs of your own clustered with oats.All summer you mowed the grass in meadow and hayfield, the mowing machine clacketing beside you, while the sun walked high in the morning;and after noon's heat, you pulled a clawed rake through the same acres, gathering stacks, and dragged the wagon from stack to stack, and the built hayrack back, uphill to the chaffy barn, three loads of hay a day from standing grass in the morning.Sundays you trotted the two miles to church with the light load a leather quartertop buggy, and grazed in the sound of hymns. Generation on generation, your neck rubbed the windowsill of the stall, smoothing the wood as the sea smooths glass.When you were old and lame, when your shoulders hurt bending to graze,one October the man, who fed you and kept you, and harnessed you every morning,led you through corn stubble to sandy ground above Eagle Pond,and dug a hole beside you where you stood shuddering in your skin,and lay the shotgun's muzzle in the boneless hollow behind your ear,and fired the slug into your brain, and felled you into your grave, shoveling sand to cover you, setting goldenrod upright above you,where by next summer a dent in the ground made your monument.For a hundred and fifty years, in the Pasture of dead horses,roots of pine trees pushed through the pale curves of your ribs,yellow blossoms flourished above you in autumn, and in winterfrost heaved your bones in the ground - old toilers, soil makers:


Donald Hall (1928-2018) was Poet Laureate of the United States in 2006. He said in a Paris Review interview: "when I was fourteen I had a conversation at a Boy Scout meeting with a fellow who seemed ancient to me; he was sixteen. I was bragging and told him that I had written a poem during study hall at high school that day. He asked—I can see him standing there—You write poems? and I said, Yes, do you? and he said, in the most solemn voice imaginable, It is my profession. He had just quit high school to devote himself to writing poetry full time! I thought that was the coolest thing I’d ever heard. It was like that scene in Bonnie and Clyde where Clyde says, We rob banks. Poetry is like robbing banks. It turned out that my friend knew some eighteen-year-old Yale freshmen, sophisticated about literature, and so at the age of fourteen I hung around Yale students who talked about T. S. Eliot. I saved up my allowance and bought the little blue, cloth-covered collected Eliot for two dollars and fifty cents and I was off. I decided that I would be a poet for the rest of my life and started by working at poems for an hour or two every day after school. I never stopped."
Posted by Word of Mouth