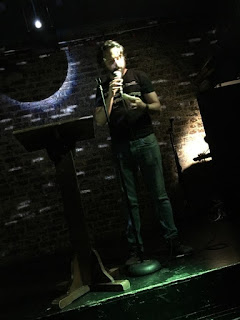 "An Oral History of the Conflicting Desires that Broke Us Apart
or
You Want/I Want" - Rob White:

Rob White is the featured reader at tonight's Word of Mouth, WEDNESDAY JULY 11. Sign-up for open mic is at 7 pm and readings begin upstairs at 8 pm. See you there!
Posted by Word of Mouth