Good work has already been taught to them:
How to clasp a button to its home,
How to write the language of my mother and father,
How to knead water and flour into something worthy of the mouth,
And how to stay what violence could rear up in them long enough to settle.

But these are old lessons, and solitary ones.
And when around you,
These hands move for something new,
Something beyond the work physics of mundane hour-to-hour,
Clock-job arrangements.
Around you, they want to take on forms
Outside of what was ever taught to me.
They want to share with you a strange greatness,
By the thought of you alone, they become the support of a new religion,
Something with no son, no white-haired god, but plenty of holy
And holy,
And holy,
A--,

What, exactly, do these hands clasp for, and with, at night?
What new words my bloodline couldn’t hold are coming?
When we are this way, how is it, to be full?
What leavens up and over?
Who consumes,
And who gives?


Posted by Word of Mouth No comments: 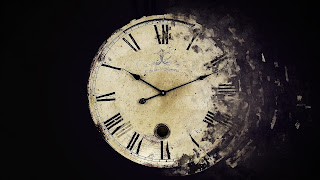 I won’t be attending the fiftieth high school reunion,
or queuing up to tour the old place,
though I thank the committee for its invitation.
It’s not fear of showing my wrinkled face

that will keep me from the happy event—
we all look like a sheet the morning after.
It’s just that my years in high school were spent
in pursuits ill-suited to stories and laughter.

I could mention the drugs and the sex, I guess,
or tell tales of madness and family drama,
before getting round to the French teacher’s kiss.
Madame, who taught the intro to love and trauma.

Who knows where the years have gone?
Let’s just say it’s time I moved on. 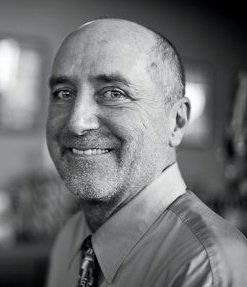 - Run get your father. His dinner’s going cold.

I am maybe eight, dispatched to “the joint”
up at the corner, a job I know well,
one of his buzzed buddies, as usual, hoisting
me to a stool, the shiny red seat where
I can see the barman’s long stained apron.
A drink for me is proposed, seconded,
milk produced from somewhere, quite suspect,
already warming in its just-washed mug.
The milk sits becalmed, contaminated
by the glass whose life’s work is to hold beer,
and there is so much of it, topped off
by the barman who surely has no kids.
The talking goes on. I stare at the milk,
now mine, an unwanted social fate.
His friends keep the strong-breath questions coming -
do I have girlfriends and how many?
Any answer I give is well received.
The pin-ball machine makes modern noises
over in the corner, begging for quarters.
I want to play but too shy to ask.
My mother is waiting. The milk is waiting.
My father is talking to somebody else,
and now my own food is going cold
in the quiet light of home at the table
where I am fed, where I want to be.
I put my lips to the glass for one sip.
It’s awful. I manage a Mmmmmm. They cheer.

Atlanta in the 1950s was like a collection of small towns, each with its own little grocer, drug store and sometimes a bar. I like to refer to this as my “Dickensian” chore, running to tell my father that dinner was ready. The bar is still there, barely changed - Moe’s and Joe’s. Now though it’s mostly home to Emory students and hipsters basking in some imagined retro-land. I never go there. This poem too grew from positive reactions to my stories of having to “have a drink” with my father’s buddies when I really did not want to. It’s kind of an end to our childhood when we first do something just to make another person feel good. - Rupert Fike
Posted by Word of Mouth No comments: 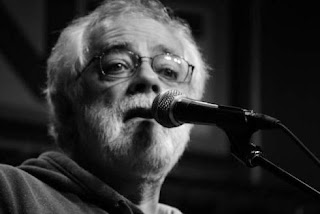 Just breathing today,
a day in August.
Played the piano this morning,
worked on a painting last night.

Not hungry or sleepy,
no one I know has recently died.
The cut grass smells like a summer
in Texas, sixty years ago.

Other animals alive and nearby
also breathing, also at rest.
The dogs watch the sky and are content,
the hawk watches the ground and is content,

and in the fig tree the wasps
are busy with their flowers.

"Among the Furies" - Rupert Fike

If you’re early for your pizza pick-up,
and there’s only one seat at the bar
you might find yourself sitting next to

while the women keep listing failings
you know you share with the whole of men.
You. The man at a bar. Now with a beer.

Fury One saying, "He's find any excuse to go out."
Fury Two: "Yeah, Trey would just sit at bars,
watching sports." The three turn to you as one,

but you just keep watching sports, drinking beer.
"And Sid," Fury Three says, "always had to flirt,
He always had to talk up the waitress."

This reminds you to talk up the waitress, check on
your pizza because you would now like to leave.
"Almost done, sweetheart,” she says. Sweetheart.

The women's eyes rolling so hard they almost click,
before Fury One is asking Fury Three that most
ancient question, the poser that's bedeviled us

And this you hear with a sip of beer halfway
through esophagus-land which results in a noise
that perhaps sounds like the start of a comment,

an observation by you re the ways of men,
the furies turning as one, eager for your thoughts,
but oh, The Gods are supplying a blessed intervention,

the Fates are intervening on your behalf -
your pizza box is being presented, opened.
And even though there's a missing topping

you say, "Perfect," you leave a big-tip twenty,
not so much for the "Sweetheart" but just
so you can just slip off the stool and leave,

so you can escape out into that inverted bowl.
the same ancient-world, wine-dark sky
under which so little ever seems to change.

Rupert Fike's second collection of poems, "Hello the House," has been named one of "Ten Books Each Georgian Should Read, 2018" by The Georgia Center for the Book. It also won the Haas Poetry Prize from Snake Nation Press. He was runner-up as Georgia Author of the Year after the publication of his first collection, "Lotus Buffet" (Brick Road Poetry Press, 2011). His stories and poems have appeared in The Southern Poetry Review, Scalawag Magazine, The Georgetown Review, A&U America's AIDS Magazine and many other journals. He has a poem inscribed in a downtown Atlanta plaza.

Sign-up for open mic reading will be tonight at the Globe, 7 pm, and readings begin upstairs at 8 pm.
See Less