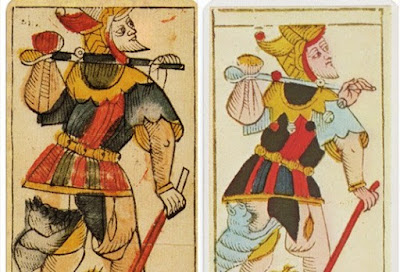 Am I myself?
Are we myself?
Or parody, or parody
of parody’s tough
realms, selves that
glance the other
over shoulders’
evaluations, vanity’s
dumb fool, holy
fool, fish-eyed fool?
Like monk Simeon [*]
I raise my skirts, disrupt
liturgies, ride whores’ backs
who flog me, I am grateful,
I play the world along.
Madness isolates me in a crowd
idiocy my confining cell
in crowds that fear yet hope
for meaning in my madness, yet
no —
I am no nostalgic absence.
I play the world along.
For though
fluxes hemorrhage beyond
changes’ bodies’ borders
chaos has its rules too,
so —
and cursed by that knowing,
I am no salos, holy fool.
I mark by my banality
conveyance’s evacuation
—what I mean is I don’t mean
anything, so diagnose me.
[*Simeon of Emesa in Syria
Posted by Word of Mouth No comments:

“...My body went into Ketosis sometime Friday;
Like I can’t really sleep well anyway
but lately it’s like I’m some sort of polyphasic animal
waking every 2 to 4 hours for no apparent reason
and even though I’m a little too hyper aware of the smell of my breath
i could tell it was worse than usual for more often than normal
and according to google,
those are some signs.
And shit I’m not invested enough to go out and buy some blood test kit
Just to confirm the hypothesis
rather I’ll continue to insist that being inside this body
makes me the ultimate authority on the matter
and per usual my mind started to wonder
why I relate
too much
to characters
in movies
like Forest Gump
and to things that don’t actually seem to exist in the world
but
I digress
In that moment I needed to leave,
to walk the streets
8 shots of tequila deep
and pissed the fuck off from the lack of human decency
that seemingly continues to swallow me up
like I’m charging into the fucking ocean
with a pocket knife
and unaware that you can’t cut water
and Wilhelm Scream has a song called The Rip
and at the end of the verse Trevor Reilly screams in defiance
‘It’s us against millions,
And we can’t take em all,
But we can take them on ‘
And in writing that down
I still feel the tingling presence
of my god complex resting
just below the surface waiting
to step to anything
foolish enough to try and take
something
from someone
who doesn’t have any faith left to lose
in anyone still breathing
i mean,
It all just seems so god damn pointless
So I guess it’s no wonder I felt the urge
to exit with a quickness
Drunk or not
I didn’t give a shit about the distance
Just pissed off and needing
the type of quiet that only a long walk
alone with your thoughts can provide
and later I learned that google also says
Choo Choo’s is 2 miles from my house
but in hindsight the journey felt longer
like the time slowed
and maybe it does when you’re trapped in your mind
trying to find out how you landed in a world
you just don’t belong to
All that shit was just too heavy for me to sit with
and since I needed something to eat
I stopped in a gas station about midway to my destination
and grabbed a Gatorade and a protein bar
and walked erratically toward the register
where I encountered the only other people in the place
A clerk
and what was maybe his girlfriend,
Or soon to be ex
or perhaps they were on the brink of a breakthrough
and a reunion weighed in the balance
and i guess it was just chance that I’d be forced to interrupt
what seemed like a disagreement
and I can’t remember what exactly invited me in
but I felt compelled to send whatever slapped together syllables
I’d somehow spun together
to weigh in on the matter
and I guess whatever I said didn’t sit well with the chick
so I stood awkward
suspended in the silence
And when prompted,
I paid for my goods and
and walked toward the exit
and as I found the door
I stopped again
Looked back and said
Listen,
For what it’s worth,
You only get one shot,
And I know I’d hate to be lying on my death bed
with a head full of regrets about every day I ever spent trying to be anything but fucking happy
And they just sat there, staring
Unmoved by the moment
And in that breath I found suddenly
I understood movement
And the need for feet moving forward
Even if toward nowhere
Or fucking nothing at all ”

“...My body went into Ketosis sometime Friday; Like I can’t really sleep well anyway but lately it’s like I’m some sort of polyphasic animal waking every 2 t...