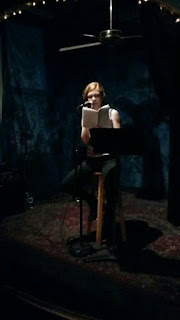 Some late, wisteria-loose April era, Every hour moves in the trees, Gold. Wisteria: Lethargy strands, Purple’s slowest shade, Parking lot altar, Flower girl wandering In wordless proclamation - This string of days Gives itself away. Rise - sink - rise - Would you call light Hysteria If I took it in my eyes And blinded to the lies I write: Time, self, Rhymes and Pride in them? Wrap all of me but my body In wysteria. I’ll see specks of her Glinting in the golden commonality - Call her ego, Call her motes, But she’ll fade. She fades and fades.
---

I don’t hallucinate,
but I dream hallucinations -
each voice a fingertip
against my eyelid,
each voice sourced
from some deep awareness.
somewhere, I name the fear:
universes scattering as they always have,
but, this time,
letting me watch.

like two fingers per eye pressed hard enough to see lightning, I light upon sudden peace - I darken. like rain green flowers, sweet green flowers on half the tree, you suggest the branches that touch my window tell least surprising halves of stories. what would it mean to write cues on my hands, line cues like curios on the sill - cue essences, memories of essences so wonder takes no induction but constant, constant, resurrects?


Goddamn that was good.


You know what I mean.


I mean, you got to be kidding me.

You know what I’m saying?

(Mark Flanigan, the first featured reader at Word of Mouth in December 2009, returns to the Globe tomorrow, Wednesday January 8, for the tenth aniversary celebration. Open mic sign-up is @ 7 pm and readings begin upstairs at 8 pm.)
Posted by Word of Mouth No comments: 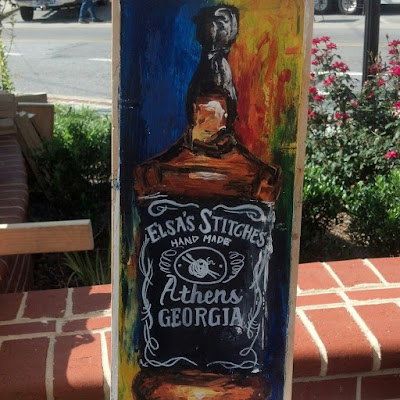 On a rare day when I could walk downtown
During a long bout of pain and painkillers
I told him I had taken four vicodin that day
What were my chances of surviving this whiskey?
He told me my chances were good
But he kept an eye on me

That we don't drink as much anymore because Superman died

I don’t drink as much anymore because Wyatt died

And I am sick to death of supermen

[art by elsa russo]
Posted by Word of Mouth No comments: 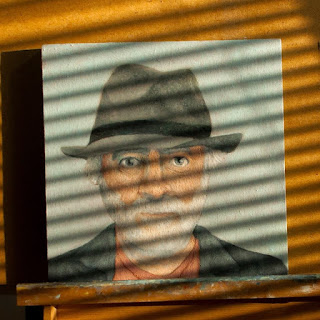 Saturday DECEMBER 14: Celebrate the release of "Everything Mad with Love" by Athens author, artist, poet and photographer David Noah @ Normal Books, Prince Avenue in Normaltown.
"Everything Mad With Love" is a collection of street photographs taken in New York, Philadelphia, San Francisco, and Athens, GA. The photos are unconsciously made fables sprung in an instant from the spaces in our ordinary world. Circus artists, lovers in parks, mirrors in Times Square, cement dinosaurs, and tragic pedestrians all find a home in these images. David will hold a brief chat about his book and photography and then sign books.
David Noah has been a photographer for many years and lives with his wife in Winterville, GA. He has worked as a printer, an art teacher, and an academic. His work is often included in local juried exhibits such as the yearly shows at Lyndon House and OCAF.
Posted by Word of Mouth No comments:

Email ThisBlogThis!Share to TwitterShare to FacebookShare to Pinterest
Labels: david noah, everything mad with love 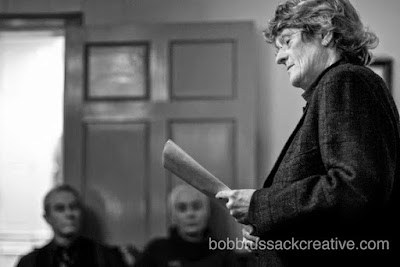 "Her Rage" - Aralee Strange
If anybody can save this world she’s a womanand is she pissedpre-fabricated domesticated deformed and suppressedunderdressed depressed obsessed with herselfseduced made ashamed and treacherousmade less.
She will raise her voice in hallelujiah!she will raise her eyes and equal toshe will raise her fists if she needs toshe will know how.
And she will ask:
How if we waste the children who will lead usshall we endure?Why must they atone for the sins of the fatherswho sacrifice to their false gods all lifefor the sake of pride and poor judgementfor who owns whatwho own nothingwho know nothingwho would have us murder and destroythem and how many of usto save faceto prove whose god is greatwho owns the nightwhose mighty fist is biggest?
And she will say:
Let my will be donefor a changemy ways my meansmy benevolence my praisemy ragemy rage.

Aralee Strange was the founder and guiding light of Word of Mouth. The first open mic was held upstairs at the Globe on December 2, 2009. Aralee, a poet and playwright, was born on December 5, 1943 in Macon, Georgia, from where at a young age she moved to Birmingham, Alabama. After living and working in Atlanta, Georgia, Cambridge, Massachusetts, and New York City, Aralee then settled for more than twenty years in Cincinnati, Ohio. In March 2007, she moved to Athens, Georgia, and lived there until her passing on June 15, 2013.
THE ROAD ITSELF, the first collection of her work, was published in October 2018 by Dos Madres Press in Cincinnati and is available here.
"The Road Itself rambles through a singular poet’s life and distills the world through her unflinching gaze; its author taking her own measure and the world’s without romantic filters. A 2 a.m. prophet, Strange declares to America, the mean and beautiful, I am an alarm clock / and I am ringing. Even so, there is the medicine of dirt and train song; there is the bandoneon and the saxophone; there is Strange, inviting you, step into the center / shall we dance?” In her life, Aralee drew a circle wherever she lit and pulled in poets from every which way." - Michelle Castleberry

[Photo of Aralee by Bob Brussack]
Posted by Word of Mouth No comments: 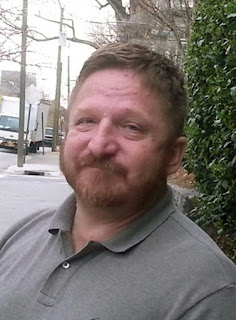 If you are brushwood and thorns,
you have been forced to become so,
to survive, to live, tough and twisted.
Your branches borne against ravages
the harsh unyielding elements
roots searching through barren soil.

Yet the roots of smallest weeds
can over time turn rocks to dust.
The miserly old trees above.
whose roots suck the soil dry,
though tall, find themselves corrupt,
rotting, hollow from within.

The storm approaches, winds shift;
sounds of cracking wood, crashing trees,
falling under their own dead weight.
Then upon gentle rains and a new day,
the brushwood and thorns leaf green
Remembering that they are roses

CLEO CREECH has been published online in White Crane and other journals. He is the founding editor of Java Monkey Speaks, a continuing anthology series of Atlanta-area poets, and is a past editor of Georgia Poetry Association. About "Brushwood and Thorns," Creech comments: In an effort to dismiss the protesters the president of Iran referred to them all as mere "brushwood and thorns." This has now been taken up as a ralllying call, and point of pride among protestors. Governments should be careful what they call their detractors, it may come back to haunt them, just ask the Cuban gusanos."
Posted by Word of Mouth 1 comment: 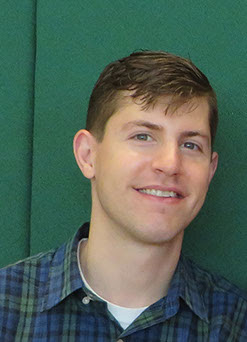 "Maxwell Demon Bottle" orinally appeared online at N/A. Ezekiel Black is the featured poet at the next Word of Mouth open mic, Wednesday November 6 at the Globe in downtown Athens. Sign-up for open mic is 7 p.m. at the bar and readings begin at 8 p.m. upstairs
Posted by Word of Mouth 1 comment: